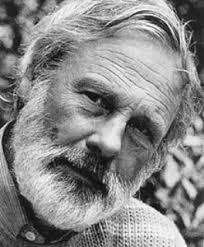 Recording the Decade of Destruction

Adrian Cowell’s most famous work is a series of five films entitled “The Decade of Destruction”, which documents the enormous environmental destruction that took place in the Amazon during the 1980s. The commentary in one of the films describes the burning that was taking place in the state of Rondonia at the time as ‘the greatest destruction of biomass that has every occurred on the earth”.

This series of films is the most extensive documentation that exists about what was going on in the Amazon at the time. Cowell returns time and again to interview the same people, whose stories are told across the decade. At times, the work was dangerous because he often filmed violent conflicts between peasant farmers and gunmen, went to the notoriously lawless garimpos (open-cast mines)  to film parties and gunfights, and witnessed threats from landowners against indigenous leaders. He won a BAFTA for this series.

At the time of his death, he was completing another documentary, entitled “Killing for Land”, which documents the current violent conflicts taking place in the south of the state of Pará. His friend, Stella Penido, who has been restoring his huge archive of footage, says: “There are things that haven’t been written about, that don’t exist anywhere else, only in Adrian’s work. He was tireless. He died working, just before he was due back in Brazil to complete his latest documentary.”

Cowell was born in China in February 1934. He first went to Brazil as a student, going on expeditions with the famous Villas Boas brothers in the 1950s. He has worked in Brazil in almost uninterrupted fashion ever since. Among his many trips, he accompanied the sertanista (Indian protector) Apoena Meirelles on his expedition to make the first contact with the uru-eu-wau-wau Indians in Rondonia. He has left behind over seven tons of footage, which he has donated to the PUC (Catholic University) in Goiás.

Vicente Rios, who first knew Cowell when he worked with him on the “Decade of Destruction” films, is finishing a documentary on Cowell, which is going to be called “Visões da Amazônia” (Visions of Amazonia).”We just needed a few more sentences from him, which he was going to do on this trip to Brazil”, Rios, still in shock at the unexpected news, told the Brazilian magazine, Carta Capital. The documentary contains footage that has never been shown before, such as Cowell talking to Orlando Villas Boas about their memories of their first trips to the Xingu region.