The Ambassador has no clothes

A classified cable from the US embassy in La Paz, Bolivia released by WikiLeaks lays bare an embassy that is biased against the Evo Morales government, underestimates the sophistication of the governing party’s grassroots base, and is out of touch with the political reality of the country.

The recently released January 23, 2009 cable, entitled “Bolivia’s Referendum: Margin of Victory Matters,” analyzes the political landscape of the country in the lead up to the January 2009 referendum on the country’s new constitution, and was sent to all US embassies in South America and various offices in Washington. 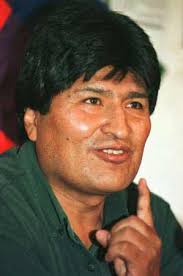 In 2006, the leftist union leader and politician Evo Morales was inaugurated as Bolivia’s first indigenous president. Since his election he and members of his party, the Movement Toward Socialism (MAS), have partially nationalized gas reserves, enacted land reform and convoked an assembly to rewrite the country’s constitution. Following years of debates among assembly members, this constitution was passed in a national referendum on January 25, 2009.

The US embassy cable released by WikiLeaks that was written during the politically-charged days leading up to this vote shows a mischaracterization on the part of embassy officials of the MAS government and its supporters.

The cable cites Bolivian newspaper reports that many community leaders and their supporters in the Altiplano, the high plains of western Bolivia, where much of the MAS support lies, had not even read the constitution, and instead would simply “take their marching orders from the MAS, and vote for the constitution.” Many had not read the document out of, according to the US embassy, “disinterest, blind faith in Evo Morales’ political project, and illiteracy.” The cable describes one meeting between members of the US embassy and Bolivian political officials who “lamented the way the MAS had ‘cheated’ and ‘fooled’

campesinos into believing Morales was himself truly indigenous or cared about indigenous issues.” The officials said the MAS popularity was due to “‘vertical control’ in the countryside…”

These are all inaccurate portrayals of the dynamics of the MAS party and its grassroots base. Support for the constitution and the MAS did not simply grow out of illiteracy, disinterestedness, blind faith or the vertical control of the MAS over its members, as embassy officials would have those reading of this cable believe.

While many social sectors in Bolivia had serious critiques of the new constitution, the writing and passage of it was largely the result of years of discussions and consultations with constituents. The political consciousness among the MAS party base, both rural and urban, is highly sophisticated and has benefited from years of social mobilizations and a first-hand understanding of the needs of the impoverished majority of the country. People support the MAS because the party speaks to those needs, has opened up political participation to marginalized sectors of society, and has developed a political project that seeks to empower disenfranchised and indigenous communities.

Such democratic tendencies challenge the economic interests and political power of Washington and the Bolivian right. It is telling, therefore, that many of the sources the US embassy drew from in this cable are members of the Bolivian right and critics of Morales.

For example, in the cable, the embassy officials cite Bolivia’s Santa Cruz Civic Committee as a source on the supposed electoral fraud of the MAS. Since Morales’ election, this Civic Committee has risen to notoriety as a fierce critic of the MAS government, and is tied to Bolivian business elites, racist youth groups, and acts of violent repression against indigenous activists and MAS supporters.

According to the released cable, US embassy officials were told by members of the Santa Cruz Civic Committee that they did not trust international electoral observers – including those from the Organization of American States, the Carter Center, the United Nations and the European Union – because they had “blessed” a August 2008 recall vote which empowered Morales with over 60% of the vote. Therefore, members of the Civic Committee did “not expect an honest review of the constitutional referendum” in January of 2009.

These views are illustrative for a couple of reasons. For one thing, the US embassy, in this diplomatic primer on one of the most important votes of the decade in Bolivia, emphasized electoral fraud on the part of the MAS where leading international observers saw none. Secondly, it looked to the Civic Committee, an organization that is totally unrepresentative of the views of the majority of the population, as a source on the topic.

Such misdirection and detachedness from Bolivia’s political reality was also demonstrated in a section of the cable which described a conflict in the department of Pando, Bolivia in September of 2008. Here, the embassy shares the views of an unnamed source:

“In a conversation with PolOff, xxxxxxxxxxxx xxxxxxxxxxxx alleged the MAS deliberately fomented unrest in Pando in September to justify a military siege, depose Prefect Leopoldo Fernandez, and arrest opposition-aligned leaders to swing the balance of power to the MAS in the Senate. Besides disabling the opposition’s ability to campaign by arresting many of its leaders,xxxxxxxxxxxx alleged the government crackdown changed Pando’s electoral map by causing hundreds of opposition voters to flee to Brazil while importing 2,000 new security forces, which xxxxxxxxxxxx claimed were likely MAS voters from the Altiplano (Reftel B).”

This is an egregiously inaccurate portrayal of events. In September of 2008, in what Morales called a civic coup attempt, right forces in the country mobilized against the MAS government, ransacking human rights offices, attacking indigenous people and MAS supporters, and destabilizing the country. The most violent manifestation of this uprising occurred in Pando, where paramilitaries hired by Pando Prefect Leopoldo Fernandez fired on unarmed campesinos marching in support of the MAS. Following this upheaval, the US ambassador to Bolivia was kicked out of the country by Morales for “conspiring against democracy” and funding right wing opposition groups in Bolivia.

This cable provides useful insights into the inner workings of Washington’s diplomacy toward Bolivia, and will hopefully be one among many more such cables that become available to the public, thus spreading awareness about the true tactics of Washington in international relations. These revelations have contributed an already extensive lack of trust among citizens around the world toward the US government.

According to Bolivian Vice President Álvaro García Linera, this lack of trust toward Washington won’t be erased by castigating those who downloaded and leaked the documents. It will only be erased, said Linera, through “a change of attitude on the part of the North American government.”

Benjamin Dangl is the author of the new book, Dancing with Dynamite: Social Movements and States in Latin America (AK Press, 2010), and The Price of Fire: Resource Wars and Social Movements in Bolivia (AK Press, 2007). He is the editor of TowardFreedom.com, a progressive perspective on world events, and UpsideDownWorld.org, a website on activism and politics in Latin America. Email: Bendangl(at)gmail(dot)com

*This article was first published in Toward Freedom

A recent report, published by the Cyrus R. Vance Centre for International Justice, Earth Law Centre and International Rivers has found that the movement to grant legal rights to rivers and the natural environment is rapidly gaining momentum around the world.
Read more
Book and Film Reviews

This is the second post in the new London Mining Network blog, a partnership initiative between LAB and LMN. Cerrejón’s ‘agreement’ with Wayúu community comes as news to them; Chubut communities mobilise again; updates from Brazil, Bolivia and Peru.
Read more
Mining

Almost 85 per cent of the world’s lithium reserves are concentrated in the Lithium Triangle along the borderlands of Bolivia, Argentina and Chile. Bolivia’s resources remain largely unexploited. Will Bolivia be able to industrialise Lithium production on its own terms?
Read more
Relations with US

The list of foreign policy challenges facing President-elect Biden when he enters the Oval Office in January 2021 will be both manifold and complex. J.D.Fuller reports.
Read more
Brazil

Brazil: diversity does well, but the moderates are the winners

Bolsonaro and his brand of extreme right wing politics have emerged as the big losers in Brazil’s recent local elections, but established left wing parties have not done so well either. Jan Rocha reports.
Read more
Bolivia

LAB is publishing this second special bulletin from Bolivia Information Forum. Written on 28 October, it contains details of the final results of the...
Read more
Agência Pública blog

Inspired by the far-right president Jair Bolsonaro, Brazilian mayors have been distributing chloroquine and ivermectin to treat Covid-19 ahead of municipal elections in November. Translated...
Read more