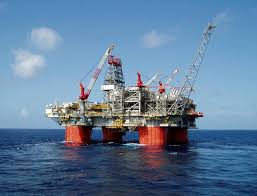 Eduardo Peters, director of the National Institute of Ecology´s Ecological Land-use Planning and Ecosystem Conservation department, told daily La Jornada that even though oil did not reach the surface, it could have impacted waters around the richly biodiverse Yucatan, in the Gulf of Mexico.

BP´s Deepwater Horizon rig exploded on April 20, killing 11 workers and spilling 4.9 million barrels of crude before it the well was sealed on Sept. 19. Only 800,000 barrels had been recovered.

Peters said the agency is monitoring the deep waters of the Gulf of Mexico, where experts suspect the water has been contaminated with oil. Eighty percent of the spilled oil is under the water, Peters said, adding that it is unlikely that currents will move it.

The institute is also evaluating the potential impacts on Ridley sea turtle nests since the spill occurred during the specie´s migration period.

The BP spill surpassed the Ixtoc oil spill in 1979, also in the Gulf of Mexico, as the worst in history, when 3.3 million barrels were spilled.