A few days before President Dilma Rousseff took office, a smear campaign was launched against the new Minister of Culture, Ana de Holanda (pictured). It was a well-orchestrated affair by the media and a few bloggers and it happened in response to one of the Minister’s administrative acts — the simple decision to withdraw the Creative Commons (CC) licence from the Ministry of Culture’s webpage. The campaign was so aggressive that one could easily have thought that the new Minister represented a threat against the stability of the brand new Rousseff government.

The exaggerated reaction against the withdrawal of the Creative Commons licence was more than just an indignant defence of something that works effectively and fairly in public administration. The rampant, rude and offensive campaign against minister Ana de Holanda needs to be analysed and calls for a more thorough investigation into the contracts signed between the CC and the federal public services.

So, what could have possibly caused so much anger? The golden dream of any economic system is to be ever-lasting or, in the worst-case scenario, to last at least a thousand years. Capitalism, which has existed for some 700 years, has been fighting to become ever-lasting ever since it arose. To achieve that, it was essential that humanity believed that its existence was not just the result of the material development of a given society but something as natural as the rain or the wind, society’s natural right, something almost divine, that could not be contested.

Capitalism led to the suppression of the relations of feudal production and it represented a real advance with respect to the economic phase that preceded it. It is something that has changed as time has gone by and has consolidated as the only possible economic policy for society, for humanity. And that’s how it was for a long time, until its own process of capitalist material development and the increase of one of its most essential features – the incessant accumulation and concentration of capital – generated criticisms and ultimately the rejection of the dogmatic capitalist truths. In addition to that, in the search for political and economic hegemony, the capitalist centres have suffered successive shocks, until the strongest amongst those shocks has become dominant, setting a political and economical model for the others.

This is a phenomenon known as the “imperialist phase of the most developed capitalist states”. It is during this stage, marked by two world wars, that capitalism takes another step in its search for ever-lasting life: using the strength of scientific and technological developments, 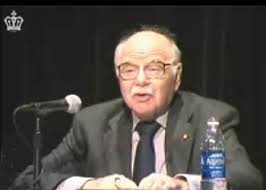 which are nothing else than material advancements, it opts for a path that some of its theorists, such as Daniel Bell (pictured), call a post-industrial society. In reality, it is a path chosen solely from a desire to achieve more concentration and more accumulation, only now production comes second and financial and stock market operations gain the status of the sole economic truth.

In this way, computer systems – hardware and software – are no longer seen as technical tools employed by people for their social/economic activities but, in rather a fetishistic and alienating way, as an authentic “technological revolution”. Now, with the burst of the financial bubble that created and drove the Nasdaq (a major US and international stock market that uses computers and telecommunications for the trading and surveillance of thousands of securities), as well as the accelerated decay of the financial market, capitalism began to see it as essential that it used its technological dominance as a tool for reestablishing neoliberalism as the only political economy of the world. This is a situation well and truly understood by the operators of this important segment of the imperialist power, the ones who are fighting to obliterate the competition, be it internal or external.

For that to occur, it is essential to resume the age-old ideological struggle, which becomes more important than financial resources. It means making use of terms that not only indicate formidable technical knowledge, but also undermine the objective and concrete nature of many words. Words that have always expressed objective and subjective realities are now practically synonyms of any novelty in gadgets and widgets. This particular type of irrationality, which is supposedly based on rationality, is reminiscent of the argument presented by Herbert Marcuse, who uses Weber’s model of capitalist rationality (where everything is seen in terms of profit and loss) to highlight the limitations of a liberal, that is, private, rationalisation,: it is a rationale that means abandoning true reason and handing over to irrational powers the whole of society, both at the economic level (crises) and the political level.

In one of his essays, while discussing the Dialectic of Reason, Herbert Marcuse (pctured) quotes Max Weber as a way of supporting his theory: “the objective and impersonal character of technological rationality ascribes the universal dignity of reason to bureaucratic groups”. Individual rationality, whose beginnings were critical and antagonistic, is transformed into competitive rationality and ends as “a standard submissive to the all-mighty apparatus that it itself created”1(Marcuse, 1968: p.17). It is the high tech version of Oroburus, the serpent that eats its own tail.
Since the alternatives to macro-economic solutions, the ones that involve the so-called real economy, do not form part of the neo-liberal view, all bets are placed on what is most advanced – computer technology, in this case – as a way of surviving, of regaining lost territory and of moving rapidly towards making capitalism ever-lasting, while at the same time simultaneously guaranteeing the reestablishment of neo-liberalism.

But, for that to occur, and before any other measure is taken within the framework of the ideological struggle, it is necessary to strip the meaning out of many words, something that is being done behind the façade of political correctness and in order to crush social and labour demands. Words such as revolution, ideology, philosophy, social class, freedom and historical process, as well as having their meaning reduced to more elementary meanings, are also used to legitimise their antonyms. Although is hardly noticed, the plethora of existing NGOs functions as an instrument of weakening the more relevant struggles and are a powerful weapon in the ideological support of the status quo. The procedure is quite simple: there is always the lure of the specific blablabla of what they stand for.

It is neoliberalism applied to groups. It is even moving to analyse the research made by Manuel Castells in his science fiction trilogy “The Information Age”. In this work, when tackling the problems, questions and solutions of a new “material culture” (sic), the famous Spanish sociologist forgot a very simple fact – reality and the contradictory processes, based on the economy, that objectively and materially drive human society. An economy that, despite the creationof a new language to describe what was happening, will only leave behind a legacy of scorched earth in the plains of neoliberalism.

However, as these modern pirates still believe in the immense power of the empire and its technology, they use their master salesmen, such as Richard Stallman and Lawrence Lessig, to dress up their neoliberal proposals and try to sell them as the opposite of what they really are, changing the meaning of th words and acts. The key words become freedom, free culture, sharing, fees and donations. Nowhere do they admit that they are selling something. They would rather talk of ‘sharing’, but only, of course, after the up front payment of fees and donations, and so on. It is quite didactic to read the texts written by Richard Stallman and Lawrence Lessing, the most celebrated heralds of the so-called ‘Free Culture’.

Only then one can fully comprehend the sales technique disguised as a philosophy for convincing people that capitalism can be an altruistic, goody two shoes friend. So, if instead of using sales talk, they speak if fees or donation for instance, everything becomes more palatable and richer in philosophical content, alive with ethics and even philanthropy. One is also given the idea that, without the Internet, there is no possibility of knowledge, be it scientific or empirical. And that the Internet, contrary to what a lot of people might say, is not the result of the military and tactical needs of the United States, but stems from the gentle intellectual effort of free minds in the world, who altruistically developed technological systems, which, when used outside their control, multiply the possibilities of communication and amplify the possibilities of social, military and political control by the holders of powerful backbones.

Of course, for some of these Trojan horses, a little more reading would go a long way (Tolstoy and Thoreau, for instance, are pioneers of the civil disobedience as a way of political fight) and they could easily be regarded as the masters and guides in this fight. It wouldn’t be completely wrong, since like Tolstoy and Thoreau, they are also in search of an altruistic and goody two shoes capitalism. A capitalism that, if it continues to follow the ‘sharing’ route, could reach the coveted Utopia of Thomas Morus. However, if one analyses the path capitalism has taken so far, would be easier to visualise it as a totalitarian, acritical and unethical society.

Well, amongst Stallman’s many didactic virtues, one stands out from the rest: the clear transference of the neoliberal ideal to the entertainment field and artistic activities. If we follow the ‘sharing’ route proposed by this salesman of knick-knacks, we will soon be able to verify that this is an authentic prelude to the Orwellian world, where the cultural standardisation and the power of a media driven by an apparatus created by the Washington Consensus, are all under the ‘free’ seal. And we can still find Brazilians willing to be very closely connected to this group: the Movement for Free Culture, created in the United States and with strong ramifications within the Green Parties of the world.

It is a group whose philosophy is clearly expressed in the advertisements for the Creative Commons, whose image is linked to matters of free software but, as it renders absolute the defence of the individual ‘freedom’, it can be perceived as the theoretical inspiration behind the ‘everything goes’ style of campaign we witnessed during the presidential race against the then candidate Dilma Rousseff.

1 Marcuse, H., “The Struggle Against Liberalism in the Totalitarian View of the State”. London, Penguin Press, 1968, p.17 and “Some Social Implications of Modern Technology, in Studies of Philosophy” in Social Sciences, vol IX, p. 430-433.

* Ths article was translated for LAB by Marianne Arake.