Latin America BureauNews, analysis and information on Latin America, its people, politics and society.
HomeCountriesBrazilBrazil: energy policies under the spotlight

Brazil: energy policies under the spotlight 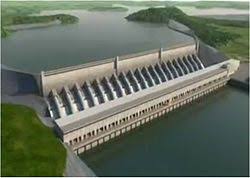 Belo Monte: electricity for an elite

The controversial Belo Monte dam has been waved through another legal check-point. On 9 November a regional court in Brasília rejected the Ombudsman’s argument that the project is illegal because the indigenous population has not been consulted. But no part of Brazil’s population has been consulted, because the country’s energy policy is fundamentally undemocratic, held hostage by a combination of traditional elites and modern corporations that ignores the needs of Brazil’s people and puts its environment at risk. Francis McDonagh analyses a fascinating interview by campaigning journalist Gloria Brum with one of Brazil’s leading energy specialists, Professor Célio Bermann of USP.

Bermann, a former member of the PT, worked for a year in Brasília as an environmental adviser to Dilma Rousseff in her previous post as minister for mines and energy. His knowledge of the political background to energy policy is therefore based on direct contact with the key players. 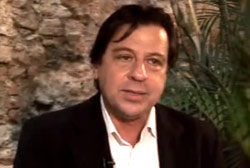 Célio BermannFor Bermann, the symbol of the stranglehold of the elites is José Sarney, the political baron from the North-Eastern state of Maranhão who became Brazil’s accidental President in 1985 after the return to democracy when President-elect Tancredo Neves died suddenly. Sarney is the supreme survivor in Brazilian politics. After the corruption scandals in the PT in 2005, Lula was forced to make an alliance with Sarney’s PMDB to maintain a majority in Congress. The result, according to Bermann, is that a Sarney associate, José Antonio Muniz Lopes, who was director of Eletronorte in 1989, when this hydro-electric scheme was first proposed under the name Kararaô, subsequently became director of Eletrobrás. Indeed, he is still transmission director for the company, for political reasons, after an intervention by Lula, when Dilma, as energy minister, wanted to get rid of “Sarney’s people”.

There is, of course, a lot of money in projects like Belo Monte, whose cost is estimated to have risen from R$4.5 billion in 2006 to R$26 billion or more today, with 80% of the investment coming from Brazilian taxpayers. Most of the profit is made, Berman says, not from selling electricity, but in the construction work, not only of the dam itself but also the access roads and the transmission systems, all of which require expensive equipment, consultants and workers. And, as a result of what Bermann delicately calls Sarney’s ‘capilarity’, this money is funnelled to business associates and local politicians, allowing him to maintain a political power-base. Bermann notes that this system does not necessarily involve theft, but results from the continuing importance of patronage and the exchange of favours in Brazilian politics. And this distribution of money puts pressure on public spending, says Bermann, and feeds inflation, which is currently at just below 7%.

The other problem with Belo Monte and similar projects, says Bermann, is technical. One part is well-known: because of the rainfall pattern in the river Xingu, water will only be flowing into the dam in sufficient quantities for four months of the year. The only solution, says Bermann, will be to build another four dams up river that will be less vulnerable to seasonal variations in rainfall.

The other part of Bermann’s argument is more novel, and more significant, because it strikes at the heart of Brazil’s energy policy. Bermann talks about the “power cut panic” created by the supporters of the mega-dams: unless we build Belo Monte, the lights will go out, we won’t be able to watch the 8pm soap, and so on. “Power cut panic”, says Bermann, is currently being used to justify 77 dams in the Brazilian Amazon. But, he argues, 30% of Brazil’s electricity is being used by electro-intensive industries, including steel, aluminium, alloys and cellulose, largely for export. It is also part of a pattern in which the economy is being reshaped so that Brazil goes back to be being predominantly an exporter of low-priced primary products, rather than of higher value manufactured exports. This is wrong, says Bermann. Brazil should instead follow the example of Japan, which reduced its aluminium production from 1.6 million 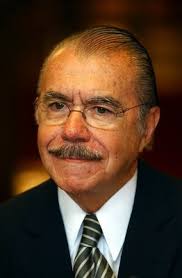 José Sarney tonnes in the 1980s to 30,000 tonnes today. “We should import aluminium, add value and export it as computer chips.”

But there are alternatives. “What we need to do is to give priority to improving people’s quality of life by increasing the availability of electricity to the general population. This can be done through local alternatives instead of a centralized grid, and through a change in consumption habits.” Local electricity generation can be based on solar and wind energy, and on biomass: Bermann cites a scheme in Porto Alegre that uses rice husks.

“I am not a prophet of doom. I don’t see hydro-electricity as evil, as the enemy. All I am saying is that in the way it has been thought of in recent years, especially in Brazil, it is one of the foundations of social injustice and environmental degradation … This is the message: we have to rethink our relationship to energy and our development model. We have to change our industrial profile and also change people’s culture and habits of consumption. We need to change a relationship that leads us to a blind exhaustion of resources.”

And why did Bermann leave the PT? “It was when Sarney’s moustache started appearing a lot in the photos.”