While Brazil has been caught up in the elections, 13 rural workers have been massacred in the state of Pará in the Amazon basin. According to the Catholic Church’s Pastoral Land Commission (CPT – Comissão Pastoral da Terra), the workers, who were killed between 17 and 19 September, were living in the Rio Cururuí settlement in the rural district of Pacajá in the state of Pará. According to the CPT, conflict has brewing between the families living on the settlement and loggers for some time.

The Cururuí settlement was created on public land by INCRA (the National Institute of Colonisation and Agrarian Reform) in 2005. As early as 2007 the press reported that gunmen linked to loggers had forced dozens of families to leave/ Some returned but they have living since then with the fear that they would be attacked once more.

From 2008 the local CPT offices in the state of Pará have received complaints that they have been receiving no help form the authorities. More recently, the situation was further complicated by the fact that a group of 70 families were coming under pressure from INCRA and leaders of the settlement linked to the Fetraf (Federation of Workers in Agriculture) trade union to move out.

They said that the families were occupying an area that had been designated part of the ‘legal reserve’, that is, the part of the settlement that under Brazilian law has to be preserved as forest. This was happening even though INCRA, itself, had told the families back in 2004 to occupy this area back, before the settlement itself was formally created.

According to the families, they are being unfairly penalised for loggers are being allowed to remove timber from this ‘legal reserve’. The settlers made an official complaint to the Ministry of Agrarian Development about what was going on and the CPT believes that it is this action that goaded the loggers into taking retaliatory action. 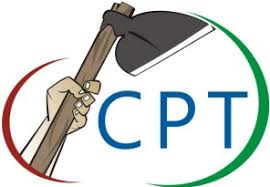 The CPT says that what is going on in the Cururuí settlement is no isolated action. In a press release, it states:

“The government’s forest management policies often clash with the interests of the families in  the land settlements and those in the traditional fishing communities, for the authorities are  only interested in promoting the economic growth that the big logging companies can provide.  And these companies are using all available instruments, legal and illegal, to exploit our  country’s rich biodiversity. Bribing public employees and community leaders forms part of this  strategy. In the majority of cases, peasant farmers and settlers get no benefits whatsoever  from the forest management projects.”

Rather surprisingly, the massacre has been ignored by Brazil’s national press. This is partly to be explained by the massive coverage given to the elections. But this is not whole story. The families in the Rio Cururuí settlement are not members of Brazil’s Landless Movement (MST) or any other social movement that has the resources and expertise to publicise their plight.

The silence with which the CPT report of these deaths has been greeted contrasts strongly with the furore in April 1996 when 19 MST members were killed by the military police at Eldorado do Carajás.