Latin America BureauNews, analysis and information on Latin America, its people, politics and society.
HomeTopicsMiningBrumadinho: two years after the disaster

Brumadinho: two years after the disaster

Many communities remain unsafe and uncompensated in Brumadinho, Brazil, two years after the worst dam disaster in Latin American history at the Córrego do Feijão iron ore mine in south-eastern Brazil on 25 January, 2018, which left up to 270 people dead.

Scroll down to see a gallery of images from the disaster and its aftermath.

The Brumadinho dam, owned by the Brazilian company Vale, was the second to burst following an earlier disaster at another iron ore mine in Mariana in 2015.

Negotiations between Vale and the Brazilian government are reportedly now on hold.

Christian Aid and its partner organisation MAB (Movimento dos Atingidos por Barragens or Movement of People Affected by Dams) are stressing that this is a systemic issue, with a further estimated 33-45 dams considered vulnerable, and thousands at risk across the world, according to the NGO’s new report,The true cost of mining: Ensuring justice for people and communities affected by the Brumadinho dam disaster.

After the Brumadinho dam burst, the Church of England’s investment fund divested from Vale and they initiated a tailing dam safety initiative.

The initiative showed thousands of dams which are potentially risky to communities across the world, including in numerous countries where Christian Aid works.

Christian Aid is demanding that mining companies do not put profit ahead of people affected and living near communities, and find a more rights-based and environmentally sustainable model that does not harm communities and nature.

Maintaining the full engagement of all parties is vital in ensuring the lessons learned and resulting recommendations are properly implemented.  Affected communities must remain front and centre of the response – local and international – and a rights-based methodology must be at the heart of the extractive industry’s operating model moving forwards.

“Initiatives are important, but we are arguing for clearer policies on the rights of people to their land and homes. Almost two years after the Brumadinho dam broke, we achieved in Minas Gerais the approval of a state rights policy. It is a victory but this law does not have all the points that those who have been affected want and need.MAB are pressing for a new law in this regard in Brazil at both federal and state levels. We will continue the struggle.”

“The continued lack of effective remedy and compensation to the affected communities two years after the Brumadinho dam disaster shows that companies can still operate with impunity and they try to escape responsibility.  This is why we need to agree on mandatory human rights due diligence to prevent disasters, and ultimately implement an international agreement that places the rights of people before profit in all situations to reverse this trend.”

Christian Aid and MAB say in the report – The true cost of mining – that the following needs to change:

Please click here to see the report, The true cost of mining: Ensuring justice for people and communities affected by the Brumadinho dam disaster. 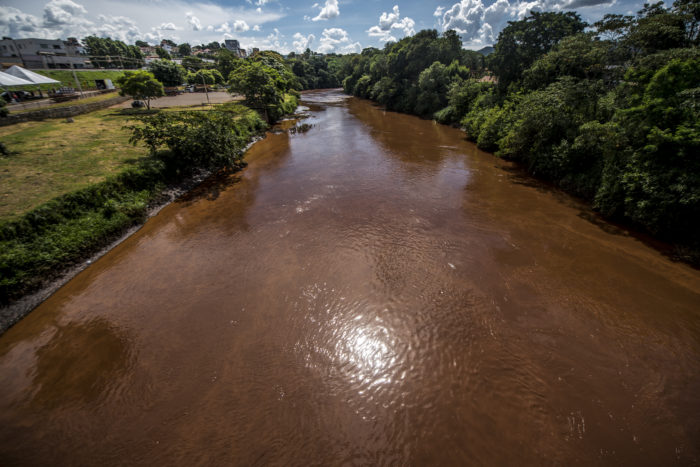 Fisherwoman Maria das Graças Rodrigues, who lives by the Paraopebas River. “You should have seen this river before, it was beautiful and full of fishes. Now I lost my income and the joy of my life”. Photo: Rodrigo Zaim/Christian Aid Fisherman Tulio Cesar Silva Pereira, who lives by the Paraopebas river and lost his income source. Tulio moved to the area after contamination of Rio Doce river 3 years ago, when another mining dam burst. Now he struggles with the situation for the second time. Photo: Rodrigo Zaim/Christian Aid