Adam Isacson, Senior Associate for Regional Security Policy for the Washington Office on Latin America, is a leading expert on defence, civil-military relations and US security relations to the Americas. He spoke to Grace Livingstone, from LAB. 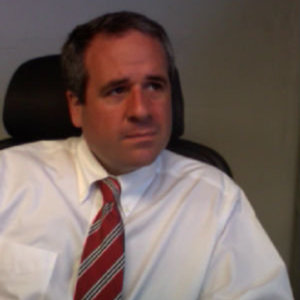 Adam IsacsonGL: Do you think it was a failure of Obama’s not to have taken firmer action against the coup? What is the situation in Honduras now?

AI: It was a real shame when the Obama administration abruptly changed its position and said that they would accept the results of the 2009 elections in the context of which those elections were happening. Since then, the Obama has been very weak on the human rights issue in Honduras, which is easily the worst human rights situation in Central America, with the killings of activists, journalists and others with impunity. There has not been a peep from the United States and it has not had any effect on military assistance. Also the optics of that change in position were so ugly. It looked like a total capitulation to the far right and the Republican Party. Senator DeMint and others, who were holding up Arturo Valenzuela’s nomination [as Assistant Secretary for Western Hemisphere Affairs], got what they wanted. Even if there were subtleties and nuances to that, that’s certainly the message that was received in the region, that the coup-plotters and Mitchelleti won, and won the United States over by simply lobbying the hard-line Republicans. That sets a terrible precedent for the whole region.

Now, governance in Honduras has really fallen apart since the coup. A lot of the really thuggish and corrupt elements who had seen their power decline during the 1990s, they came storming back. People who were involved in the Batallion 3-16 disappearances in the 1980s, like Billy Joya Amendola and others, came back to positions of power – a whole group of crooked people, with their ties to narcotrafficking intact. What you’ve seen in Honduras since 2009, not only is the homicide rate the highest in the world, you’ve now seen Honduras become the hub of the cocaine trade outside of the Andes. Almost all aircraft carrying drugs out of Colombia and Venezuela now land in Honduras and a lot of the boats end up there. Last year, they even found a cocaine laboratory near the Caribbean coast of Honduras. They’re actually taking raw coca paste out of Colombia to be processed in Honduras. This is all the result, or at least accelerated by, the 2009 coup.

You’ve seen the Honduran national police, to all intents and purposes, collapse and go over to the other side. The only thing the government has been able to do is to send the military in to do basic crime fighting. It is a terrible situation without any real hope for change in the short or medium term because the depth of the reforms you need require democratic legitimacy. It would also require the large swathe of the Honduran elite who are benefiting from the status quo to start paying for these reforms to the police, to the justice system, to impunity. They’re nowhere near doing that and I think the United States realises that. Yes, the US is aiding the Honduras military in ways that we do not like and continue to oppose, but they’re not really jumping into it in a big way. Honduras is getting public security assistance but not as much as you would expect, given the gravity of what’s going on there, and that is because the United States doesn’t even know who to work with.

It’s one thing if they’re abusing human rights – that’s never seem to have bothered the United States that much if our aid recipients are abusing human rights. It matters more than it used to, but it’s not the key consideration – but what does matter is if you’re aiding someone who happens to be in bed with the Zetas or another group like that and we just don’t know if they are or not in Honduras. There’s nobody to work with.