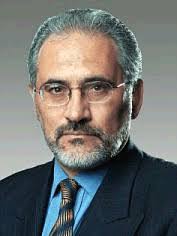 The first half was taken up with a general analysis of conditions in Latin America. Mesa argued that it is difficult to analyse LA as a collective as very different conditions and problems exist- Bolivia’s GDP is just 1% that of Brazil’s. However, he believed that there were three divergent paths currently being practiced: the path of the right followed by Peru and Colombia; the path of the centre followed by Brazil and Chile; and the path of the left followed by Ecuador, Venezuela, and Bolivia. His view was that the trend would be towards more Brazils, not more Venezuelas. Regardless of the paths being followed, Mesa argued that the current boom in commodities represented an unprecedented opportunity for Latin America.

Economically, Mesa offered criticisms of both the neoliberal paths of the 1990s, and of the ‘21st century socialism’ being pursued in Venezuela. He argued that the demands of the market had to be met, and that macroeconomic stability was a crucial component of development. However, he also argued that the state had a crucial role in development and that market mechanisms had completely failed with regards to social indicators and redistribution.

The second half dealt more specifically with Bolivia. Mesa was critical of Evo Morales but not overly so. He thinks his election was a good thing as it was a significant step in reversing centuries of indigenous exclusion from power. However, in many ways, Morales has missed an opportunity to mend a broken nation and create a new social pact. His rhetoric and style have been exclusive and divisive and has meant that Bolivia is now more racist than it was before his election. Morales’ stlye and rhetoric were unfavouably compared with Mandela’s conciliatory style in South Africa.

Mesa particularly focused on the 2009 constitution with its explicit rejection of traditional liberal values. He was not necessarily critical, but said that he certainly maintained many doubts and questions as to how traditional justice would be incorporated alongside the existing judicial system. He was, however, critical of the idea that the Bolivian nation contains some 36 nations one of which has only 25 people. His argument was that this extreme pluralism was not necessarily when the Quechua and Aymara groups make up some 97% of the total of the indigenous ‘nations’.

Mesa’s more severe criticisms centred on the way in which the gas nationalisation was handled. For Mesa, the decision to raise prices made on Dec. 26 suggests that the nationalisations have failed to deliver what was promised. He argued that the decision to increase prices, though now reversed, represented an important rupture in the social pact between the government and Bolivia’s poor. While not arguing against nationalisation per se, he said that Bolivia had to increase its levels of foreign investment in order to remain competitive.

Throughout he very much positioned himself as being on the ‘centre-left’ and arguing for a balance between neoliberalism and socialism.