Nothing in Europe’s governmental restructuring can equal the Cuban announcement in September that half a million state sector jobs will go by March 2011. And that’s just the first phase of the lay-offs: of Cuba’s 5.5 million employees, 80% are paid by the state at present, and Cuba’s council of ministers wants to reduce that figure by about one in six, and very likely much more. According to Cuba’s president, one in four state employees is expendable. 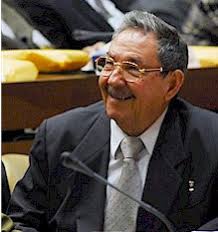 President Raul Castro presented the ministerial council’s measures to the National Assembly on 1 August, speaking of “important decisions that constitute a structural and conceptual change”. Then the “updating of the economic model” was made clear on 14 September with the announcement by the Workers’ Central Union of Cuba (CTC) of those first job losses, justified by the need to “increase the productivity and quality of services, reduce the enormously high levels of social expenditure, and eliminate unjustified perks and excessive subsidies”. The writer Leonardo Padura Fuentes called the probable loss of jobs for 20% of the working population “a scary figure”.

In an interview with the US magazine The Atlantic on 8 September 2010, the now retired Fidel Castro admitted that the Cuban model “doesn’t work for us anymore”, a statement that was variously interpreted; the communiqué from the national secretariat of the CTC suggested his declaration referred to a radical restructuring of the Cuban social and economic model. Cuba is again in a difficult situation after a decade of improvements. “Personal incomes are not enough to cover the essential expenditure of the average Cuban family, given the high price of food in the marketplace,” said the economist Omar Everleny Perez. “That is why a part of the population cannot meet its basic needs.” So people take casual work to survive.

The Centre for the Study of the Cuban Economy (CEEC) lists reasons for the worsening crisis. Economic factors come first: the deterioration of commodity terms of trade (1) (a drop in the value of nickel and a rise in energy and food imports); the aftermath of three cyclones that devastated the island in 2008; and the impact of the international financial crisis. Then there are structural factors: as well as the US embargo, researchers emphasise the internal weaknesses and imbalances of the economic organisation and the disastrous effects of an economy with two currencies, one weak (the peso), the other strong (the convertible peso). The low productivity of the state agricultural sector forces the country to import over 65% of the food it consumes (and the private sector produces about 70% of the actual national yield). For Raul Castro this is directly linked to “national security”. The sugar harvest (about 1m tonnes in 2010) has been falling for several years, and was considered “appalling” by Granma, the newspaper of the Cuban Communist Party (PCC).

Since taking office four years ago, Raul Castro has repeated that structural reforms were necessary. But until recently only limited measures were adopted: in agriculture, the distribution of land to private individuals (2); in the service sector, encouragement of private initiative. Official speeches denounced “egalitarianism” while subsidies were gradually abolished – no more canteens in state companies, student grants and student numbers reduced, the retirement age raised by five years, an announcement that the libreta (ration book) might be abolished. These decisions have all caused concern especially among the poorest.

More weight to the market

It is estimated that 20% of Cubans live below the poverty line (3), and yet the CTC declaration made it clear that “it will no longer be possible to protect laid-off employees or to ensure them a salary indefinitely”. The process would receive the “support” of trade union leaders “under the leadership of the party”. For new jobs, dismissed workers will have to turn to parts of the state sector that are short of labour (agriculture, construction, industry) or to the private sector – self-employment, cooperatives, or property rentals.
New laws are planned in the short term that will extend possibilities by granting the right to employ salaried workers, which might create an embryonic labour market. The economic reforms will allot more weight to the market, and diversify forms of ownership. The state will take on the responsibility of regulation, while ending many social security contributions paid by the employer.

Is it realistic to suggest to the redundant that they turn to farming or construction work? Can private employment compensate for the lost jobs? Many doubt it, and criticise decisions taken bureaucratically (the sixth congress of the PCC has been postponed) (4). The crisis has stirred up years of debate on development strategy and the way to preserve Cuba’s social achievements, with three main (if fluctuating) orientations within the regime.

The ruling group, partisan of liberal reform, has been rejuvenated by Raul Castro. Many of its positions are held by managers who came from the military, and for them “egalitarianism” and “paternalism” (understood to mean excessive social welfare provisions and not the seizure of power) are the root of all evil. Now they seem to have the de facto support of Fidel Castro. They do not analyse the causes of Cuba’s low productivity and systemic inefficiency but blame a lack of worker motivation. When Raul Castro said that “Cuba cannot be the only country in the world where you can live without working”, he made people profoundly unhappy, since absenteeism is often due to workers engaging in illegal activities vital for their survival. Military men who are also company directors say Cuba has no choice and, “like Vietnam or China”, must adapt to globalisation, yet remain distinctive. An underlying concern is that relying too heavily on Venezuela, its chief trading partner, will weaken Cuba, as happened when it relied on the Soviet Union. Trade with Venezuela represents 18.5% of Cuba’s exports and 29.2% of its imports (not taking into account the daily delivery of 96,000 barrels of gasoline).

The PCC leadership and certain administrative managers take a conservative stance. Traumatised by memories of “the sorcerer’s apprentice, Gorbachev”, they do not want to change anything in case they start a process beyond their control. They quietly represent the force of inertia.

The views of students, PCC activists and artists are fragmented and their political influence is diminished by this heterogeneity. They propose deepening political and social democracy in institutions and in the workplace.

Pedro Campos, a former diplomat who used to work for the ministry of the interior, produced in 2008 several “concrete proposals for revitalising Cuban socialism” (5) that have never been debated publicly. But many demand that the means of participation and workers’ self-management be discussed to amend “a model which has exhausted its own capacity for resistance”. Leonardo Padura believes that the Cuban government is interested not in political reforms, but in shoring up its power through alternative economic models (6).

Debate on strategic options has begun in university centres, in journals such as Temas and on the internet (Cuba has about 1.6 million internet users out of 11 million). But it has not filtered through to the national media controlled by the PCC. Yet Raul Castro thinks it necessary and said in July: “We do not aspire to a fictitious unanimity, whether on this subject or another.”

The Church was mediator in the 2003 release of prisoners and now hosts some of the rare public forums, such as the 10th Catholic Social Week, which brought North American and Cuban speakers to Havana, their contributions being published in the review Espacio Laical  (7). Cardinal Ortega has invited Pope Benedict XVI to visit Cuba in 2012, the year of the presidential elections.

Relations between Havana and Washington have slowly improved. The US embargo is still in place, but discreet meetings on tourism and the oil industry have taken place. The possibility of Cuba opening up economically, much desired by US companies, has caused concern in the journal Foreign Affairs (not known for complacency towards Cuba): it claimed such a development would weaken the health system, draining it of thousands of well trained physicians and nurses and potentially turning Cuba into a first-class destination for medical tourism run for profit by US companies (8).

The Wall Street Journal (9) thought the “mass lay-offs” were a shift “toward a more market-oriented system”, but this has been ruled out by the Cuban government, although the possibility cannot be ignored. A new social stratification, a result of the market reforms of the 1990s, has encouraged the emergence of a new petit bourgeoisie and the development of inequalities, particularly harsh for black Cubans. The researcher Armando Chaguaceda believes that the role of the market as regulator of the economy is increasing exponentially and, in the absence of controls or workers’ democracy, its ideological impact might mean the legal, as well as de facto, reconstruction of a bourgeoisie – so no more Cuban “social model”.

(1) The ratio of the export price index to the import price index.
(2) In May 2010 about 920,000 hectares were distributed to private individuals, but half are lying fallow or under-used.
(3) See “Cuban Perspectives on Cuban Socialism”, Socialism and Democracy, no 52, Somerville, Massachusetts, March 2010.
(4) The last congress was 13 years ago. The 6th congress was meant to ratify reforms that have already been announced.
(5) See Janette Habel, “Castro’s socialism in crisis”, Le Monde diplomatique, English edition, February 2009.
(6) Inter Press Service, Havana, August 2010.
(7) Published by the Secular Council of the Havana Archdiocese.
(8) Laurie Garrett, “Castrocare in Crisis”, Foreign Affairs, New York, July-August 2010.
(9) José de Córdoba and Nicholas Casey, “Cuba to cut state jobs in tilt toward free market”, The Wall Street Journal, 14 September 2010.