Apart from the new marina and dusty coal freighters, Santa Marta remains bathed in a chalky haze under a snow-capped mountain, much as Joseph Conrad (pictured) described the languid Caribbean port a century ago. “The luxuriant beauty of the orange gardens bears witness to its antiquity,” Conrad wrote.

The novelist took South America’s oldest city as his model for Sulaco, the fictional town of his most ambitious work, Nostromo. It is the English language’s most imaginative penetration of Latin American reality. But it is also one of the few political novels to anticipate the “material interests” still shaping the globe. Even now, Nostromo’s themes and its Santa Marta setting are universal.

Today, this provincial Colombian capital is no longer known as “Santa Muerto”, or Saint Death – a double-edged nickname denoting the economic slumber it fell into after the United Fruit Company took its banana jobs west, and the marijuana trade later also moved on. Nowadays, Santa Marta’s booming economy revolves around global mining instead.

Nearby, in the windswept Guajira desert, lies one of the world’s richest coal reserves. About them swirl the “material interests” that similarly gravitate around Sulaco’s silver mine, the dramatic pivot of Conrad’s book, published in 1904 when US colonial power was ascendant. A century later other foreign powers are setting the scene. 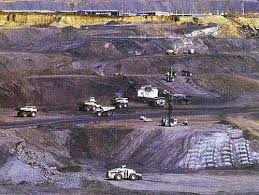 Colombia’s biggest coal mine, the nearby Cerrejón (pictured) , is co-owned by BHP Billiton, Rio Tinto and Xstrata; the first two of these giant mining companies are Anglo-Australian, the last is Anglo-Swiss. Xstrata is also reportedly eyeing Alabama-based Drummond, which owns Colombia’s second biggest coal resource, up for sale for a reputed $8bn.

Meanwhile, Brazil’s richest man, Eike Batista, has a Colombian coal operation he plans to float on the London and São Paulo stock markets, valuing it at about $6bn. The world’s richest man, Mexico’s Carlos Slim, said last week he was interested in Colombian energy as well.

All this activity has captured the attention of the energy-hungry Chinese – already Colombia’s second biggest trade partner, and forecast to overtake the US possibly by 2020. Beijing has even proposed building and financing a multibillion-dollar alternative to the Panama canal, as revealed by the Financial Times last week. Coal would be ferried by rail from Santa Marta’s coast to the Pacific along a “dry canal”, and exported to China.

Sceptics may scoff at China’s proposal as the kind of bull market madness that signals the top of the “China-rising” theme. Conrad would have enjoyed the irony. Panama ceded from Colombia in 1903 under the shadow of US guns, an event that influenced his writing of Nostromo. Now China has its own Panama plans. 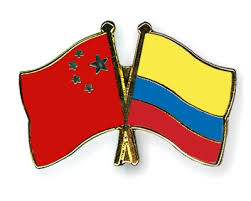 such as Colombia. Beijing has already lent more money to developing countries over the past two years than the World Bank. Furthermore, it makes sense to diversify away from US markets. “Asia is the new motor of the world economy,” President Juan Manuel Santos of Colombia says.

It is a positive change in a continent long overshadowed by the US. But increased Asian links and the associated mining boom bring other questions. Twenty-six Colombian miners have already died this year, albeit in small-scale rather than multinational operations. Colombia’s institutional capacity to handle vast infrastructure and mining projects without corrupting itself remains an open question. It is the “greatest challenge”, Mr Santos says.

The environment is a final worry. The mooted Panama alternative would pass through the Darién Gap, an area of great biological richness. This week, highlighting the risks, a court in neighbouring Ecuador ordered US oil group Chevron to pay a $9bn fine for alleged environmental damage in the Amazon many years ago.

Most symbolic of all in this reprising of Nostromo, however, is the US absence – especially in Colombia, for many years Washington’s closest ally in the region. “We shall run the world’s business whether the world likes it or not,” growls the novel’s Joshua Holroyd, a US millionaire and Christian proselytiser who finances Sulaco’s silver mine.

Yet today, Drummond, a family-owned US company, is selling up. Chevron left Ecuador years ago, although it has operations elsewhere in South America. For many years, United Fruit, long ago renamed Chiquita Brands, has been embroiled in a lawsuit after it admitted to paying protection money to guerrillas and paramilitary groups in western Colombia.

Meanwhile, internal politicking has bogged down US ratification of a Colombia free trade deal, even as Bogotá closes in on trade pacts with Canada, Europe and Japan. It is a potent symbol of US self-absorption, and its diminished global role.

Latin America, piggybacking Asian growth, today feels more assertive and self-confident than ever before. Yet, judging bythe newspapers, not all Colombians seem convinced that the replacement of US “material interests” by other countries’ is an entirely welcome thing.

Conrad, a pessimist, offers little guidance. Nostromo opens with a quote: “So foul a sky clears not without a storm”. It is part of Conrad’s mordant brilliance that it is never clear whether this description of the Sulaco sky is at the start of the story or the end.

* Published in the Financial Times