In the early years of the past decade, two hard-line Cold Warriors, closely associated with radical Cuban exile groups in Florida, occupied strategic positions in the U.S. foreign policy machine. Otto Reich (pictured), former head of the Reagan administration’s covert propaganda operations in Central America, and Roger Noriega, co-author of the 1996 Helms-Burton Act, took turns running the State Department’s Bureau of Western Hemisphere Affairs and held other influential administration posts such as ambassador to the Organization of American States and White House Special Envoy to the Western Hemisphere.

During their years of tenure in the George W. Bush Administration, they led a zealous crusade against left-leaning governments in the region and, among other things, actively supported a short-lived coup d’Etat against Venezuelan President Hugo Chavez in 2002 and a successful coup against President Jean-Bertrand Aristide of Haiti in 2004. Ultimately, their extreme views and outrageous antics on the international stage proved to be too much of an embarrassment even for the Bush Administration, and they both eventually were relieved of their government jobs well before the end of Bush’s term.

Now, as a result of the Nov. 2 elections, another duo of a similar ilk is poised to re-set the legislative agenda on Latin America in the House of 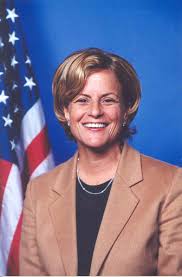 Representatives. Cuban-American representative Ileana Ros-Lehtinen (pictured) is expected to replace Howard Berman as chair of the House Foreign Affairs Committee and eternally tanned Congressman Cornelius McGillicuddy IV — otherwise known as Connie Mack — is slated to take the reins of the Foreign Affairs Subcommittee on Western Hemisphere. The Washington Post’s Jackson Diehl has enthusiastically celebrated the ascension of these two South Florida legislators, heralding Ros-Lehtinen as a “champion of Cuban human rights” and stating triumphantly that “one big un-American loser” of the US legislative elections will be Cuban president “Raul Castro.” To see whether there is in fact cause to celebrate, let’s have a closer look at the track records of our two protagonists.

Let’s start with human rights “champion” Ros-Lehtinen who, as her web page biography explains, was “forced to flee with [her] family from the oppressive communist regime of Fidel Castro…” On certain issues – such as gay rights and immigration reform – she comes across as fairly levelheaded. When it comes to Latin America, however, she rarely fails to take a precipitous dive into the deep end.

She is, as one might expect given her background and Miami-Dade constituency, a staunch opponent of any relaxation of sanctions against Cuba, as are a number of her Cuban-American and cold warrior colleagues. But her deep hostility towards the Latin American Left has led her to take much more disturbing positions, including the defense of terrorists and coup d’Etats. If you think I’m exaggerating, please examine some of the evidence, all of which is on the public record:

As the New York Times noted in July 1990, Ros-Lehtinen, together with Senator Connie Mack (Rep. Mack’s father) and Jeb Bush “lobbied hard” in favor of the release of rightwing Cuban Orlando Bosch, a convicted terrorist that US officials believe to be responsible for dozens of bombings including the 1976 bombing of an airliner that killed 76 civilians. In a reversal of prior policy, the U.S. Justice Department released Bosch in Miami, where he remains free to this day. In April 2002, as a coup was unfolding in Venezuela, she referred to air force colonel Pedro Soto, who had been among the first officers to call for a coup against the democratically-elected government of Hugo Chavez, as a “great patriot.” Colonel Soto remains exiled in Miami.

As the Miami Herald reported in 2005, Ros-Lehtinen and two of her Florida colleagues lobbied on behalf of another Cuban terrorist – Luis Posada Carriles – who was imprisoned in Panama for his role in a plot to kill Fidel Castro. Carriles, who is also believed to have been the mastermind of the 1976 airliner bombing, was released by the Panamanian government and is now in exile in… Miami. In 2006, she openly called for the assassination of Fidel Castro in an interview. Her exact words: “I welcome the opportunity of having anyone assassinate Fidel Castro…”

Three days after the military coup that overthrew the democratic government of Honduras, Ros-Lehtinen delivered a letter to President Obama expressing support for the coup regime and criticizing the administration for endorsing OAS and UN resolutions condemning the coup “all for the sake of consensus.”

Ros-Lehtinen has continued to lobby tirelessly for the Honduran regime, hosting coup government delegations in Washington and standing in solidarity with 2009 coup leader Roberto Micheletti[i]. When, to the disappointment of progressives in Congress, the Obama administration decided to support the coup regime and throw its weight behind the controversial government of Porfirio Lobo, Ros-Lehtinen continued to lobby the State Department to do more to defend Lobo internationally. 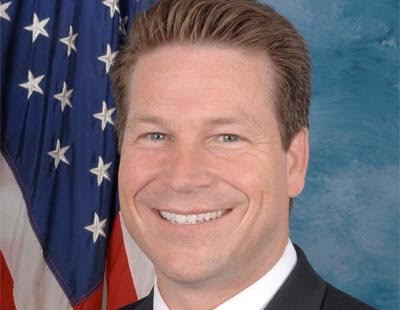 Connie Mack (pictured) is relatively young and has only been in office since 2005. Consequently, he has had less time to cozy up to terrorists and coup regimes. However, he has made impressive efforts to prove his extreme right-wing credentials. He has focused in particular on the grave “threat Venezuela’s Communist President Hugo Chavez poses to the U.S. and our allies in the region.”

In March 2008, Mack and Ros-Lehtinen introduced House Resolution 1049 calling on the U.S. administration “to add Venezuela to the list of states which sponsor terrorism…” Realizing that such an initiative would have disastrous consequences for U.S. relations throughout the region, Republican Senator Richard Lugar put out a report criticizing the measure. In the end, Mack managed to muster the support of only 8 other representatives and the resolution was quickly shelved.

Eager to outdo Ros-Lehtinen on Honduras, Mack engaged in his own intense campaign to support the coup regime, starting with a July 2009 resolution condemning the recently ousted democratic president Manuel Zelaya for having “trampled” his country’s constitution. He went on to write a letter to Secretary of State Hillary Clinton urging her not to accept Zelaya’s return to power and then led a Congressional delegation to Honduras and subsequently criticized the U.S. administration’s official condemnation of the coup.

Never one to call it quits, in October of 2009 Mack introduced another resolution calling for Venezuela to be placed on the state sponsor of terrorism list and this time collected the co-sponsorship of 37 other Congressional members. It was referred to the House Foreign Affairs Committee and promptly shelved by the Democratic Committee chair.

Mack has also growled at Bolivia’s indigenous president Evo Morales who, he says, has, together with Chavez, “sought and won constitutional changers (sic) which quash their opposition and concentrate their power.” Similarly he put out a press release on Ecuador’s independence day last year that referred to Ecuadorian President Correa as “nothing more than a pawn for his fellow friend and thugocrat, Hugo Chavez.”

Unfortunately for the rest of the world, Mack and Ros-Lehtinen’s extremism isn’t limited to this hemisphere. Both representatives have warm relations with Israel’s right wing and are among Congress’ most strident hawks on Iran. Unsurprisingly, therefore, they have depicted the deepening of relations between Iran and various Latin American countries – in particular Venezuela – as a threat to “our critical security interests”. Last year Ros-Lehtinen introduced a 45-page bill “to enhance the security of the Western Hemisphere” that cited Iran 24 times. Mack, meanwhile, has said that “the growing influence of Iran in the Western Hemisphere reminds me of the relationship between Russia and Cuba when we dealt with the Cuban missile crisis.” Indeed, if you replace “Iran” with “the Soviet Union” in the statements of the two Florida legislators you can quickly be transported to the Cold War era.

The real question, of course, is whether having these certified right-wing extremists heading up the Foreign Affairs Committee and Western Hemisphere Subcommittee will necessarily set U.S. policy towards Latin America on a more aggressive course. Without a doubt, Ros-Lehtinen and Mack will use their new powers as committee chairs to hold an increased number of Congressional hearings that target Venezuela, Cuba, Bolivia, Ecuador and other left-leaning countries. They will make certain that legislation that aims to ease travel restrictions to Cuba is stopped dead in its tracks. They are also likely to promote resolutions and legislation that seek to impose sanctions and interventionist measures against these countries to punish them for their alleged anti-democratic or anti-American actions. However, though moves such as these may make a lot of noise, more extreme legislative proposals will surely run into the brick wall of the Democratically-controlled Senate and, failing that, President Obama’s veto. Or will they?

Democratic leaders may have more nuanced rhetoric when it comes to relations with the rest of the region, but they have often stood idly by while the Obama administration has carried out aggressive, unilateralist policies reminiscent of the Bush era. Only two Congress members, Senators Patrick Leahy and Christopher Dodd (who is retiring from the Senate this year), voiced concern regarding an agreement with Colombia that would increase the U.S. military presence there and sparked outrage throughout the governments of South America. On the hemisphere’s most contentious issue of the past two years – the coup in Honduras – they have by and large not spoken out against the administration’s weak response to the coup, despite the alarm raised by their more progressive Democratic colleagues. The administration, meanwhile, was equipped with the convenient excuse that Republican hardliners were bearing down on them with relentless pressure and forcing their hand.

The danger therefore, more than the direct threat posed by Ros-Lehtinen or Mack’s legislative powers, may be the fact that their noisy rhetoric and zany capers will provide additional cover for both the administration and moderate Democrats to plow ahead with a hemispheric agenda which merely recycles the failed policies of the past administration. The Post’s Jackson Diehl can sleep soundly knowing that the South Florida pair will play an important role in keeping US relations with Latin America as poisoned as ever.

*This article was first published in Common Dreams

By letting Covid multiply Brazil's president endangers the whole world. As do his policies which promote the destruction of the Amazon rainforest. Lula has been exonerated. Will he now run in 2022?
Read more
Elections

With El Salvador's election results still being counted, a look at the spectacular rise of populist party Nuevas Ideas, and its leader Nayib Bukele, as authoritarian populism threatens to sweep to victory.
Read more
Indigenous Peoples

Confronted with the denial of science, racism and land-greed of the modern 'colonisers', indigenous communities decided to resist and are receiving international recognition for their work.
Read more
Indigenous Peoples

While the pandemic rages and Bolsonaro and his ministers ignore or belittle its effects, indigenous communities face renewed invasion by miners, loggers and land thieves who bring infection with them
Read more
Indigenous Peoples

Brazil’s indigenous peoples face the most serious threats since the military dictatorship: a government determined to eliminate their rights, abolish their culture and ‘integrate’ them into an ultra-neoliberal economy; and a pandemic to which they are particularly vulnerable and which threatens their very existence. This first of three articles examines the history of 'pandemonium'
Read more
Indigenous Peoples

Scarred by a brutal massacre which took place in December of 1997 and left 45 dead, the residents of Acteal, in the highlands of Chiapas, continue to remind the world never to forget. One woman is at the forefront.
Read more
Mining

Almost 85 per cent of the world’s lithium reserves are concentrated in the Lithium Triangle along the borderlands of Bolivia, Argentina and Chile. Bolivia’s resources remain largely unexploited. Will Bolivia be able to industrialise Lithium production on its own terms?
Read more