Uncle Nobel and the Scriptwriter

Uncle Nobel and the Scriptwriter

Mario Vargas Llosa as a young cadet.There is a photo of a 14-year old Mario Vargas Llosa that tells a story. He appears wearing the blue jacket and white cap of the Leoncio Prado military school in Lima. The young cadet looks bewildered, lost, sad – a young man whose facial expression jars with the neatness of a military uniform, an adolescent who does not want to be where he is.

When his father – a cruel and unpleasant man with whom the Nobel laureate had a loveless relationship – found out that his son wrote poetry, he feared for his sexual tendencies, believing that only gay men did that sort of thing. So he decided to send Mario to the Leoncio Prado school to make a “real” man of the young bard.

Many years later, in 1963, Mario Vargas Llosa translated his forgettable time at Leoncio Prado into an unforgettable novel: La Ciudad y los Perros (The Time of the Hero), his breakthrough book. The military of the time decided to offer him their own brand of literary criticism: the director of Leoncio Prado, a bold colonel called Armando Artola, who looked and spoke like a criollo Benito Mussolini, organised ritual burning sessions of La Ciudad y los Perros. Artola would later become an embarrassing Interior Minister in the military regime that ruled Peru in the early 1970s.

Mario Vargas Llosa started his literary career writing about the complexities of the Peru of the 1940s and 1950s. In 1969 he published Conversación en la Catedral (Conversation in the Cathedral), a whirlwind indictment of the military dictatorship that governed Peru in the late 1950s.

Some years ago, the poet and writer Roger Rumrrill, a man who has devoted his time and life to writing about his beloved Amazon region, told me that Gabriel García Marquez was a better writer because, unlike Vargas Llosa, he had created indelible characters. And yet, what Roger believed was a critical comment on Vargas Llosa’s works, is for me a noteworthy compliment.

The genius of Mario Vargas Llosa lies in his ability to create powerful characters whose lifespan is limited by the story of just one book. His characters are born in the first chapter and die, in one way or another, in the last.

To mention just a few, The Conselheiro, the fanatic religious leader in La Guerra del Fin del Mundo (The War of the End of The World), Leonidas Trujillo, the military despot of La Fiesta del Chivo (The Feast of the Goat), Flora Tristán and Paul Gaugan in El Paraíso en la Otra Esquina (The Way to Paradise) and Pedro Camacho, the tragic soap opera dramatist who loses his mind in La Tía Julia y el Escribidor (Aunt Julia and the Scriptwriter), expire when their useful life has come to an end and it is time to conceive another story.

Not all his novels have the same style. In every novel he has written, he fashions the Spanish language to suit the story. For instance, in Aunt Julia and the Scriptwriter and Pantaleón y Las Visitadoras (Captain Pantoja and the Special Service), he uses a corrosive sense of humour to write stories about endearing yet poignant characters. The structure, too, varies. Conversation in the Cathedral moves in time and space without a linear structure, where one chapter can tell more than one story, whereas The War of the End of the World reads like a novel by Leo Tolstoy, an epic tale of tragic proportions.

Like many intellectuals of his generation, Vargas Llosa entered politics on the left of the Latin American political landscape. But he didn’t stay there. He broke with Cuba in the late 1960s, when the poet Herberto Padilla, who had been awarded the Casa de las Américas prize by an international jury of which Vargas Llosa was a member, was wrongly deemed a counter-revolutionary by the Castro government because his poetry was slightly critical of the revolutionary process. He swiftly moved further to the right and, in many of his articles and lectures, he showed the scholarly aggressiveness of the newly converted. He is a staunch defender of the market economy, despite the mess it has created in the world economy, and became a Thatcherite, almost unknown among Latin American literary giants (with the notable exception of Octavio Paz).

In 1990 he ran in the presidential elections but (fortunately for literature) he lost, because he was perceived (rightly) as a representative of the political elite. Sadly, the man Peruvians elected, Alberto Fujimori, destroyed Peru’s democratic system and now languishes in a high security prison in Lima after having been found guilty of crimes against humanity.

In later years Vargas Llosa has behaved more like a libertarian conservative, but he is also a man of contradictions. He is an atheist and a humanist but he defends bullfighting, a backward practice disguised as a ‘cultural’ heritage in Spain; and he is a democrat and defends progress, yet the ‘free market’ he fervently defends has had a calamitous impact on society and has impoverished and marginalised millions.

It is not difficult, however, to separate the novelist from the politician. His novels live in their own space, flow with their own identity and nothing Vargas Llosa writes elsewhere, in his newspaper columns or his academic lectures, where he sometimes displays flashes of intellectual intolerance towards those on the left, disturbs that world.

Nonetheless, many people believed that the Nobel Academy was more concerned with his politics than his literature. It was widely thought that the “Borges Syndrome” had wrecked his 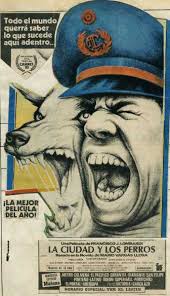 chances of winning the prize. Jorge Luis Borges, the Argentine writer, never got the award, despite the fact that he was a giant of world literature. His early support for the Argentine dictatorship probably had something to do with it.

It is not difficult to see why politics and literary merit have mingled. Alfred Nobel said that the award that bears his name should go to “the most outstanding work in an ideal direction”. This specification seems to have created some confusion in the way the Nobel committee decides who is worthy of the prize.

Kjell Espmark, in his book The Nobel Prize in Literature – A Study of the Criteria behind the Choices, argues that “the history of the literature prize is in some ways a series of attempts to interpret an imprecisely worded will”. This imprecision may have kept Mario Vargas Llosa out the race for many years. However, for the venerable Nobel Institute, the overwhelming weight of his work and the richness of his language must have made it too embarrassing and too unfair to go on ignoring him.

In the 1970s, those of us who attended the Leoncio Prado military school took with us the spirit of rebellion that prevailed in Latin America in those years. We refused to obey the strict military regulations that ruled our lives. We would smuggle in tobacco and alcohol on our return to our barracks after a weekend at home.

However, maybe our most daring act of defiance was to bring in, hidden with packets of fags and bottles of cheap whisky, copies of The Time of the Hero. Long gone were the years of mass book bonfires, bur our reading of Vargas Llosa’s books in Leoncio Prado was still seen as subversive, an act of juvenile indiscipline for which we could have faced expulsion. We could have waited to read the book at home, but to do it in the school made the reading more exciting and, naively perhaps, we felt courageous.

One day, a lieutenant found a group of us, hidden in the school’s farmhouse, reading The Time of The Hero. We froze. He looked at us, shrugged his shoulders and said: “go ahead, time to let go”.

Maybe that is what the Nobel committee thought when they decided to give the prize to Mario Vargas Llosa after years in the wilderness. He deserves that prize for what he has given the world of literature. His politics? Who cares? Time to let go.

* Javier Farje is a Press Officer with Amnesty International but writes in his personal capacity.