Mar del Plata — An extraordinary array of goods and services provided by the rich plant and wildlife of Latin America and the Caribbean hangs in the balance unless governments in the region take hold of their full potential as biodiversity superpowers, according to a new report from the United Nations Development Programme (UNDP).

The report, ‘Latin America and the Caribbean: A Biodiversity Superpower’—launched today during the Ibero-American Summits of Heads of State and Governments— urges policymakers to assess the economic contribution of the biodiversity and ecosystems services to areas such as food production, disease control, pharmaceuticals manufacturing, and tourism, among others, also making the case for sustainable business investments and contributions.

Consolidating two years of research on the region’s long-term potential as a biodiversity superpower’, the report highlights the importance of biodiversity and ecosystems services for the region’s sustainable development and long- term competitiveness.

“Latin America and the Caribbean have one of the greatest endowments of natural capital in the world,” said Heraldo Muñoz, UN Assistant Secretary-General and Director of UNDP’s Bureau for Latin America and the Caribbean. “The policies recommended in our report have the potential to transform traditional models of development—raising the quality of life of millions by preserving and restoring our biodiversity and eco-system services.”

The report recommends that governments provide incentives, such as tax breaks, to direct public and private investments while stepping up efforts to conserve ecosystems. It also recommends raising awareness among policymakers, consumers and the rural poor, and investing to be at the forefront of biodiversity and ecosystems services-based technologies, products and markets.

Countries can increase economic benefits by investing and restoring key biodiversity-related sectors such as agriculture, fisheries, forestry, water-related services, protected areas, and tourism, which are crucial for the region’s economy, according to the report. 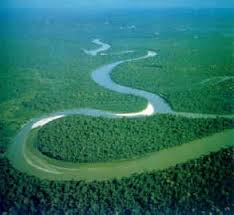 The region is the site of six of the world’s most biodiverse countries—Brazil, Colombia, Ecuador, Mexico, Peru and Venezuela—as well as the single most biologically diverse area in the world, the Amazon rainforest. South America alone has more than 40 percent of the Earth’s biodiversity, and more than one-quarter of its forests.

This unsurpassed biological heritage makes a measurable contribution to national economies. For example, Protected Areas, such as national parks, in Mexico contribute at least US$3.5 billion a year to the national economy. Every Mexican peso (US$0.07) invested in protected areas generates 52 pesos (US$4.0) to the economy.

The report adds that biodiversity-related products and services are of crucial importance to the region and their sustainable and strategic use can help boost the region’s long-term growth. For example, the majority of the region’s international tourists—between 66 and 75 percent—visited at least one protected area, and roughly 94 percent of Caribbean tourism and hospitality companies surveyed indicated a reliance on their surrounding environment for their livelihood.

The report argues that ecosystem services will build resilience to climate change in the agriculture sector by protecting genetic resources, soil fertility, and water quality.

“Due to its vast natural capital, the region could become a lead player in biodiversity and ecosystem services markets,” said Enrique Iglesias, Secretary General of Ibero-American Secretariat and member of the report’s Commission of Biodiversity, Ecosystems, Finance and Development. “Companies and business will need to better understand and quantify how they benefit and what impact they have on biodiversity and ecosystem services.”

Businesses that use genetic materials may be required to follow new procedures to gain access to these resources under a new agreement reached in October 2010 by parties to the ‘1992 Convention on Biological Diversity’.

The report ‘Latin America and the Caribbean: A Biodiversity Superpower’ is available online.