As President Luiz Inacio Lula da Silva moves into the last stretch of his eight-year-long government, he is starting to act abroad with much greater verve and audacity. Buoyed by his extraordinarily high approval ratings at home, of 80%, he is moving on to a new challenge: that of establishing Brazil as a key player in a group of increasingly powerful developing nations that will no longer accept the monopoly of global power claimed by the old world powers, notably the USA and Europe.

President Lula is renowned within both Brazil and the rest of South America for his extraordinary negotiating skills, honed by his long years as a trade union official. Even so, brokering a deal by which Iran would agree to hand over most of its enriched uranium in return for fuel rods may have been a challenge too far. Lula’s knowledge of the complexities of Middle Eastern politics is limited, and the impasse with the US was entrenched.

The international dispute is centred upon over Iran’s wish to develop nuclear energy, which is viewed as ‘legitimate’, and fears that its nuclear programme might become a smokescreen behind which it develops nuclear weapons, seen as a highly destabilising factor in the volatile Middle East.

Last October, under pressure, Iran agreed to the proposal from the International Atomic Energy Agency (IAEA) that it should ‘swap’ its partly processed uranium for the fuel rods that it needs for its medical nuclear facility. This would mean that Iran would not have to process the uranium to a higher level, and thus not get closer to being able to produce nuclear weapons.

But President Ahmadinejad changed his mind at the beginning of this year. Clearly fearful that the West would not honour its side of the bargain, he said he would agree to the swap only if it took place on Iranian territory and was ‘simultaneous’ (that is, Iran would receive the fuel rods at the moment it handed over the uranium) — a demand rejected by the IAEA delegates (USA, Russia and France).

The solution, proposed by Brazil, was to involve a nation trusted by Iran – Turkey. After lengthy negotiations, Iran finally agreed on 17 May to send the uranium to Turkey for processing and to receive it back, transformed into rods, ‘within a year’. Not surprisingly, Lula, who, according to the Brazilian press, had been losing hope of clinching a deal just the day before, looked happy and relieved as he witnessed the signing of the agreement by the three foreign ministers.

The pressure from the western nations to scupper the deal had been strong. Earlier in the month Jackson Diehl, in an article in The Washinton Post, had accused Lula of becoming Iran’s “useful idiot”. Lula, himself, had spoken of “pressure from all sides”. James Rubin, Assistant US Secretary of State under Bill Clinton told the Folha de S. Paulo newspaper that Brazil’s meddling would cost it one of its cherished goals – a permanent seat on the UN Security Council. The Turkish prime minister, Recep Tayyip Erdogan, also admitted that he had been under pressure to pull out of the deal.

The deal was clinched — but not for long. Less than 24 hours later the UN Security Council (including Russia and China) voted in favour of another round of sanctions against Iran. The White House was dismissive of the Brazil-Turkey deal, portraying it as a delaying tactics on the part of Tehran.

Brazil was clearly angry. Brazil’s foreign minister, Celso Amorim, said that the some nations had not even taken the time to analyse the Brazil-Turkey deal properly. He went on: “We are not defending Iran. What we want is international justice and international peace.” And the best way to ensure this, he explained, would have been to get inspectors into Iran, which their deal would have achieved. President Lula has long made it clear that in his view sanctions against Iran will bring the world closer to “another disastrous military confrontation”, as happened in Iraq. 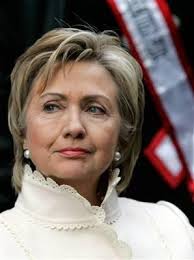 In her surprisingly fast reply to the Brazilian initiative, the US secretary of state, Hillary Clinton, was sending two messages. The first is that, despite all the recent talk about emerging powers on the global stage, the USA is still at the top of the hierarchy and what it says matters. And the second is that it does did not want negotiations with Iran at this stage.

Where now for Lula?

If Lula’s most ambitious foray into international diplomacy had gone well, he might well have sought a bigger role after he steps down at the end of the year. Wielding global power is seductive and addictive, particularly if the power can be seen as a force for good. But this experience has also shown Lula just how ruthlessly and implacably nations can act, when their see their national interests under threat. He may well be having second thoughts.