Latin America BureauNews, analysis and information on Latin America, its people, politics and society.
HomeTopicsElectionsVenezuela, the years ahead Venezuela, the years ahead

Hugo Chávez has won the presidential elections of 2012; so what now lies ahead in the next six years? After 14 years in power, it is tempting to suggest that he will preside over more of the same, yet in practice the experience of the Bolivarian Revolution over the long haul has been a roller-coaster of unexpected and visionary schemes that have come thick and fast, some utopian others half-baked, some ideological others pragmatic. Venezuela still has some recognisable characteristics from the 1990s, yet it is a country that has visibly changed, with a population that is more alert and hopeful than in earlier decades. It is too early to say whether these changes are irreversible, but even Henrique Capriles Radonski, the opposition candidate, was obliged to claim during the election campaign that, if he won, the Chávez government’s projects to help the poor would be maintained – and merely made more “efficient”.

In previous years, after a significant election victory, Chávez has often quickly announced surprising and far-reaching measures that had been held up during the campaigning. This time there has been little fresh indication of what may lie ahead; it is unlikely that any new initiatives will be announced until after the elections for state governors in December, seen as the next crucial test of the government’s popularity. Clearly Chávez hopes to win the opposition strongholds of Zulia and Miranda, where the fate of high profile candidates is at stake.

Mayoral elections in April 2013 may also postpone new projects, but in the course of next year we can expect a raft of perhaps half a dozen new initiatives that will seek to fill in the gaps in the definition of Chavez’s project for “21st century socialism.” Already there are some hints of what is planned in the “socialist plan for 2013-2019”, originally drafted as the Chávez election manifesto and then presented to the national assembly at the end of October.

One of the preoccupations of the government’s strategic team is the potential disaffection of the substantial group within society who have benefitted from the Chávez reforms. Such people remained loyal in this year’s elections, but will they remain faithful until the next presidential poll in 2018? I took a pre-election stroll down Sabana Grande, the formerly bohemian street in central Caracas that often gives an indication of the country’s mood. Once a display of intellectual life in the 1940s and 1950s, with cafes and chess clubs, it became a fiercesome arena of cheap commerce in the past decade, every inch of pavement taken over by unlicensed hawkers and peddlers. Today it has been tidied up, losing much of its charm in the process, and the continuing procession of flâneurs are much darker than they used to be, wearing large trainers and cheap and trendy clothes. These are undoubtedly the beneficiaries of the Bolivarian Revolution from the shanty towns that surround the city, but will they remain true to the cause? And how will Chávez address the problem of waning enthusiasm?

At one level, the government will continue to provide the huge handouts that have brought much of the country out of extreme poverty. The emphasis on housing in the past two years has certainly been popular and will be continued. The long-term ambition to make the country self-sufficient in food is still on the agenda, spelt out in hopeful government plans, yet it still looks like a very distant dream indeed.

Promoting revolutionary enthusiasm in the midst of rampant capitalism and consumer plenty is yet more difficult. The somewhat utopian plan is to expand the existing embryonic system of communes and communal council, known as “people’s power”. The idea is that some 40,000 councils will be gathered into 3,000 socialist communes, at a rate of 450 a year. By 2019, it is hoped, some 21,000,000 citizens will live under this system, nearly 70 per cent of the population. This might of course happen, yet it may equally well lead to frustration and disillusion.

Yet more urgently needed is a major effort to re-invest in the oil industry, the goose that lays the golden eggs. A serious gas explosion at the Amuay refinery north of Lake Maracaibo in August killed more than 40 workers and caused a huge amount of damage. A government report has not yet been published but the opposition has talked of faulty maintenance and security procedures. It has also claimed that the industry has been starved of fresh investment as its revenues have been diverted into the vital social programmes that have defined the Chavez era. The oil industry is traditionally a secretive affair, and the government officially claims that all is well, yet the national plan does underline the need for consolidation.

More immediately probable is that next year will see a major devaluation of the bolívar. The rate will probably move from 4.60 bolívares to the dollar to 6.30, bringing fresh revenues to the government from the sale of oil, but also making imports more expensive.

Abroad, the country will certainly seek to consolidate its friendship with its ideological soulmates in ALBA, but in the short run it will be even more enthusiastic about celebrating its participation in Mercosur, maintaining its close friendship with Brazil and Argentina, the bedrock of its political strategy.

The one imponderable over the next six years is the health of the president. Close friends describe his present condition as “convalescent”, and it is noticeable that he does not have the energy and drive that he once had, perhaps to the secret relief of his exhausted cabinet ministers. Yet there is no reason to suppose that his early demise would lead to the shipwreck of his Bolivarian project. After the election, Chávez appointed Nicolas Maduro, his foreign minister, as the new vice-president, the man who would automatically succeed him if he died. Maduro is well-regarded and competent, though not a spell-binding orator. 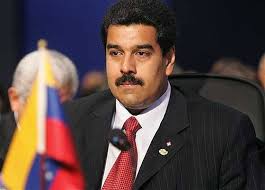 Maduro would be supported by the council of state, selected last May, consisting of Roy Chaderton, the OAS ambassador, Germán Mundaraín, the UN ambassador, Admiral Carlos Giacopini, José Vicente Rangel, a journalist and former vice-president, and Luis Britto García, a writer and intellectual. Substitute members of the Council include Ismelda Rincón, the former rector of the University of Zulia, Soraya El Achkar, the rector of the National University of Safety, Miguel Pérez, the president of the Federation of Small and Medium Industries (Fedeindustria), Samuel Moncada, the ambassador to the UK, and Jesús Martínez Barrios, the coordinator of the Workers’ University. Like Maduro, these are competent, moderate-minded people, culled for the most part from the foreign service and the universities. What is perhaps noteworthy is the inclusion of only one military figure.

Richard Gott is the author of Hugo Chávez and the Bolivarian Revolution, published by Verso.