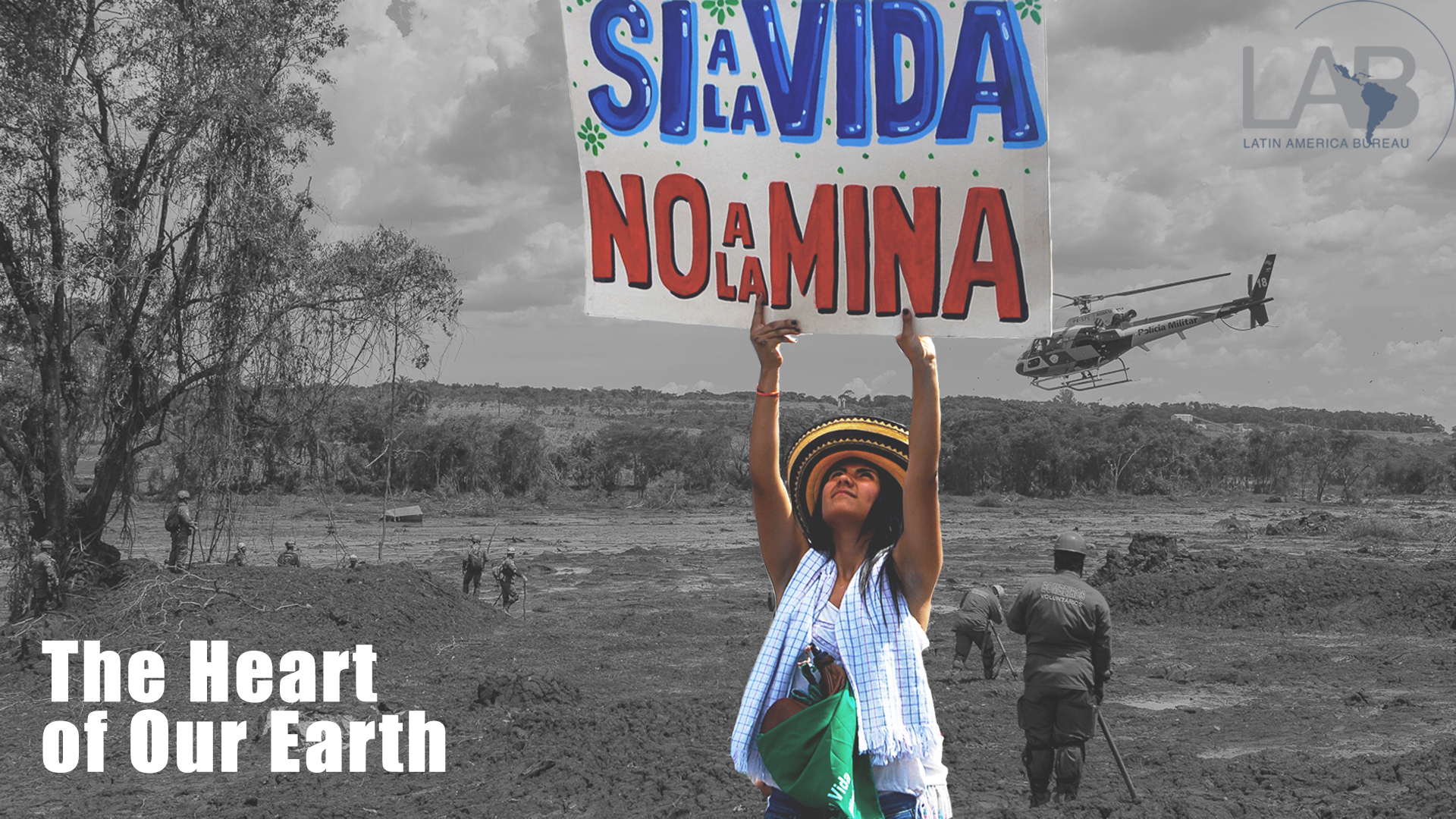 One of the leading causes of conflict in Latin America is mining. LAB has covered the subject extensively with over 100 articles in the last ten years, the latest just a few days ago. Governments of all political complexions have at various times promoted mining as a source of revenue and employment, sometimes promising to spend the profits on poverty relief, healthcare, education and infrastructure, in often remote regions that have long been neglected by the state. These ‘benefits’ were supposed to offset the environmental and social destruction mines usually cause.

At best such promises have been delivered only in part; more often they have been under-delivered, ephemeral or outweighed by harmful side effects. The newest of these is coronavirus infection: mines have continued to operate throughout the pandemic, and communities fear that they generate human traffic carrying the virus. See our recent articles about Chile and Brazil.

We are determined to ramp up our coverage with a book, to be published in 2022, and an accompanying website to be launched shortly and continue indefinitely.

Here is an image, taken today from our Crowdfunding appeal for the project:

You can learn more about the project here.
BUT we can only continue and complete it if we can raise at least the £10,000 target of our crowdfunding campaign. At the time of writing the total is £3,133 – great, but there’s a long way to go.

PLEASE DONATE GENEROUSLY TO THE HEART OF OUR EARTH – and share the details with family, friends, colleagues and on Facebook, Twitter, Instagram, WhatsApp and any email groups to which you belong. It may seem a ‘long shot’ — they may not share your interest in Latin America. But it can be surprising how many people share the broader concerns of this project: community empowerment, the right to consultation, access to clean water, sustainable local economies and the effort to combat climate change.
Here are the links:
To the Crowdfunder page for the campaign and the campaign video.
To the dedicated The Heart of Our Earth Facebook page.
To LAB’s social media: LAB Twitter, LAB Facebook, LAB Instagram
To obtain a press pack with further details, please email the campaign.

Sue Branford documents the way the Yanomami people have been abandoned by government, as loggers, land-thieves and miners, with the direct complicity of the Bolsonaro government, move into their territory.
Fiona Watson, of Survival International and a member of LAB’s council, interviewed Tainaki Tenetehar of the Guajajara people of Maranhão state, who explains how they have established ‘forest guardians’ to defend their territory, despite escalating attacks by loggers: ‘While I’m alive and breathing I will fight for our children and grandchildren and I’ll carry on until our land is protected. We were born as Guardians, since the moment we opened our eyes. We Guardians will not sit with crossed arms, we shall fight until the very end.’ In a second article, Fiona describes the particular role of women forest guardians. As Guerreiras da Floresta coordinator Marilene Guajajara says: ‘We are showing women’s strength in political arenas. Together, we women can add to the fight, protecting our territory and showing that we can be protagonists of our own history.’
Meanwhile, LAB partner Agência Pública shows how, as municipal elections loomed, mayors and other candidates began distributing free or subsidised packets of quack remedies for Covid-19. A second article shows how Damares Alves, Bolsonaro’s minister for women, inspired women from evangelical churches to run for office in a number of cities (though most received few votes).

Colombia: Francisco Gutiérrez Sanín, Professor at the Nacional University in Bogotá Colombia, and a partner on the Drugs & (Dis)order Research Project at SOAS, University of London, describes how the government’s revival of crop eradication programmes undermines previous efforts to promote crop substitution and threatens the peace process.
Mexico: Despite soaring coronavirus infections and mortality, the president remains popular, reports Elva Narcia of LAB partner Glifos Comunicaciones. But the country is struggling and divisions within the Morena party AMLO founded threaten poor results in the 2021 elections.
Peru: LAB editor Nick Caistor describes the chaos of a country which has had three presidents in month. There were mass protests throughout the country, not just in Lima, reports LAB’s Film Editor Karoline Pelikan, as these dramatic images from Peruvian photographers show.
Bolivia: LAB published a second special briefing from Bolivia Information Forum, confirming that the scale of the electoral defeat for the opposition was even greater than first results suggested. It is, by any standard, an astonishing comeback for MAS, barely a year after the coup which ousted Evo Morales from the presidency.
Central America: two hurricanes in a month, Eta and the Iota, devasteated the Atlantic coasts of Nicaragua and Honduras. Christian Aid has been delivering aid through local partners in Nicaragua.

We were successful in attracting a small grant from SLAS (the Society for Latin American Studies) to enable us to programme webinars based on themes and issues discussed in our book Voices of Latin America. These are being organised by Voices co-author Emily Gregg and will be scheduled early in 2021. We hope to feature live interviews with some of our ‘voices’ to learn what has happened to them since the book was published, and how they see their ongoing campaigns.

DON’T FORGET: please Donate to the crowdfunding for The Heart of Our Earth, and share the links with your friends.