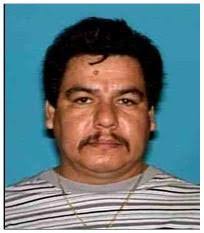 As news of his demise spread across the northeastern state of Tamaulipas yesterday, so did fear of a backlash. A reporter in the border city of Reynosa said gunmen immediately took over the main road along the Mexican side of the Río Bravo. “It is going to be a bloody weekend,” she wrote.

The apprehension befitted a man who, during his lifetime, earned a reputation for extreme violence – and whose arrest was so desired by the US authorities that they had offered a $5m (£3m) reward for information leading to the detention. The Mexican authorities had promised 30m pesos (about £1.5m).

On Friday, President Felipe Calderón announced the capo’s death on his Twitter account. Later that evening, presidential security spokesman Alejandro Poire described it as “another meaningful step toward the dismantling of criminal groups that do so much damage to our country”.

The day’s shooting that culminated in Tormenta’s death also claimed the lives of at least four of his gunmen, three marines and a soldier. A local reporter called Carlos Guajardo was caught in the crossfire and died.

The gun battles began on Friday morning in an upscale area of the city of Matamoros, just across the frontier from Brownsville, Texas, and lasted until late afternoon. Terrified locals hid in their homes and offices waiting for things to calm down, some furiously tweeting warnings to stay away from the area. A final battle started around 3.30pm after the authorities tracked the capo down to one of his many safe houses, according to a navy statement. It lasted for over two hours and involved navy special forces, three helicopters, 17 vehicles and 660 support troops.

In one YouTube video, SUVs filled with gunmen and pickup trucks filled with marines were seen racing around the streets. While not much actual fighting was visible, the intensity of the conflict was clear from the background noise from continuous automatic gunfire and explosions, presumably from grenades.

Tormenta, 48, began his drug trafficking career alongside his brother Osiel Cárdenas Guillén, starting out as a low-level dealer working out of a mechanics workshop in Matamoros. Reputedly more daring, ruthless and irrepressibly ambitious, Osiel became the undisputed leader of the Gulf cartel at the end of the 1990s but his reign was cut short by arrest in 2003.

This left Tormenta in charge, with Osiel’s right-hand man Eduardo Costilla, otherwise known as El Coss. Relations between the two leaders were reputedly tense at times, but they were united by their shared rivalry with the leaders of the cartel’s paramilitary wing, known as the Zetas. Osiel had formed the Zetas from a group of military deserters.

Burgeoning tension between the cartel’s old guard and the increasingly autonomous Zetas exploded into open warfare in early 2010. Since then cities, towns and rural roads have been the regular scenes of roaming gun battles between commandos of Gulf cartel gunmen, Zeta gunmen and convoys of soldiers or navy special forces.

At first the commandos even indulged in public identification, reputedly aimed more at avoiding friendly fire than self- promotion. There were numerous sightings of convoys of cars with CDG stencilled on their doors, standing for Cartel del Golfo. Gunmen wore bullet-proof jackets with CDG emblazoned across their chests. More recently uniforms appear to have become more subtle, such as all members of a commando wearing the same coloured tennis shoes.

The violence has been so intense residents now wryly refer to their state as Taca..taca..taca..maulipas.

The battle for Tamaulipas is the most warlike of all the fronts in the country’s drug wars that have killed around 30,000 since Calderón launched a major anti-cartel offensive four years ago in an attempt to rein in the less intense turf battles of the time.

Rather than intimidate the traffickers into toning things down, the military-led crackdown helped to fuel the inter-cartel conflict which has spiralled out of control in several parts of the country.

Some, including the US secretary of state Hillary Clinton, now describe the cartels as a kind of narco-insurgency that is directly challenging the authority of the state. Government strategists argue that, on the contrary, the increased violence is a sign that the cartels are entering a period of self-destruction as the offensive closes in on their leaders.

Over the past year four important kingpins have fallen, three of them since July. The first was Arturo Beltrán Leyva, leader of the Beltrán Leyva cartel, killed after another long gun battle that began when a navy operation tracked him down to a luxury apartment complex in the city of Cuernavaca, an hour’s drive from the capital, on 16 December 2009.

His death unleashed a particularly bloody internal power struggle marked by savage executions and torture concentrated in Cuernavaca and in and around the Pacific resort city of Acapulco.

Two of the three major figures in that conflict were arrested in August and September this year.

Edgar Váldez Villarreal, a blue-eyed Texan-born trafficker nicknamed La Barbie, was the first to fall, taken in by federal police. One of his main rivals, Sergio Villarreal Barragán, otherwise known as La Grande, was detained two weeks later by marines.

Ignacio “Nacho” Coronel was killed in July when the army stormed a safe house where he was having a massage in the central city of Guadalajara. His death was by far the biggest blow yet to the Sinaloa cartel, which is headed by the country’s most infamous trafficker, Joaquín “El Chapo” Guzmán.

Succession battle is bound to bring another wave of violence.

The Mexican government can claim the death of Antonio Cárdenas Guillén as a major victory – especially as it is the latest in a series of important scalps claimed by the armed forces since that of cartel leader Arturo Beltrán Leyva last Christmas.

But the deaths of Mexico’s drugs cartel leaders rapidly produce a battle for succession. And there is the further question of why Antonio was famous and powerful in the first place – his brother. Antonio was very much the lieutenant to Osiel Cárdenas Guillén, who is arguably the most important criminal boss on the planet, and certainly the most violently innovative.

Osiel was jailed earlier this year in Houston after extradition and a trial held entirely in secret, and is believed to be still running – or trying to run – the Gulf cartel from prison in Texas. Osiel was founder and commander of the Zetas paramilitary force – which operated as the Gulf cartel’s military wing before taking over the organisation and becoming a cartel in its own right, forging a whole new insurgent style of armed criminal syndicate.

These drug shock troops are mainly recruited from special service units within the Mexican military and are estimated by US intelligence to number about 4,000.

The Zetas, of which Antonio was nominal head after his brother was jailed, hail from the family’s home state of Tamaulipas, to which they are fiercely loyal. And insofar as the violence tearing Mexico apart remains a battle between cartels – which only partially accounts for 28,000 deaths since 2006 – that battle is one between the Zetas/Gulf cartel against the Sinaloa cartel run by Joaquín Guzmán, known as El Chapo, or Shorty.

Fighting between the two sides rages across Mexico, and has begun to engulf even the country’s most modern and richest city of Monterrey, state capital of Nuevo León – the commercial and industrial engine of the border country.

But it is the Gulf cartel and Zetas who are emerging as the syndicate with closest international connections to Europe, and control of the Central American corridors to the cocaine-producing nations of South America. Law enforcement agencies in Texas have uncovered Zeta influence in the legal economy, and southbound gun-running from Houston, a counter-flow to the drugs smuggled north.

Antonio’s death has the potential to further intensify violence along the eastern stretch of Mexico’s border with the US, as a result of internecine fighting within the Gulf cartel. Some of the worst violence in Tamaupilas this year has been between the Zetas and an old guard within the cartel brought to heel by Osiel and his brother – who themselves came to power by murdering associates they saw as rivals.